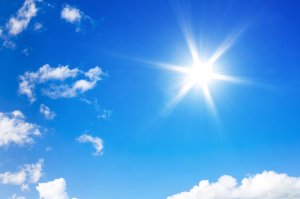 Yesterday we celebrated the 100th anniversary of the miracle of Fatima.  October 13, 1917 over fifty thousand people witnessed the sun dance in the sky.  It was the culmination of several months of Mary visiting three shepherd children in Fatima, Portugal.  Mary gave the children secrets and warnings of a second world war.  She begged for conversion, prayer and fasting.  She promised a miracle during her last visit in October.

It was a rainy day a hundred years ago.  The crowd of thousands were drenched and growing impatient with the children when finally the Mother of God arrived.  She brought with her sunshine and a sun miracle.  The crowd stood mesmerized by the movement of the sun and then became horrified as the sun suddenly looked as if it were falling out of the sky.  The vision did not last long, as just as suddenly as it had begun, the sun was back to normal.  The stunned crowd stood in disbelief as they noticed that their drenched wet clothes were completed dry.

I can only imagine the commotion of that day!  The tens of thousands of people included non-believers, believers, young and old.  Many who were ill or handicapped were healed that day.  There must have been screams, crying, rejoicing, praising…  I would have loved to have been there.

Surprisingly, I do know what it feels like to see a miracle of the sun.  About five years ago, my husband and I traveled to Birmingham, Alabama.  We visited Mother Angelica’s beautiful shrine and we made a stop at a little community where one of the Medjugorje visionaries was visiting.  Mary appears to this visionary daily and a group gathered outside the home of the host to say the rosary during the time of the apparition.  It was a beautiful day.  When my husband and I were walking to the site of the rosary, we noticed a beautiful rainbow in the sky.  Following the rosary, a spokesperson announced Mary’s message.  It was now nearing evening.  My husband and I packed up our blanket and rosaries when someone yelled, “Look at the sun!”.

Words cannot describe the beauty I beheld.  The sun was swirling and all colors of the rainbow were flying off of it.  It looked like a giant pinwheel in the sky.  We stood for a few minutes and watched a miracle take place before our very eyes!  I heard someone who was a regular to this community say that this was a rarity and very special.  I could not help but hold my head up and thank my heavenly mother for the spectacular show of God’s majestic creation.  It reminded me that this is God’s world.  It is His sun, His moon, His trees, ….

Too many of us today do not take the time to look up at the sky, smell the flowers, or listen to the sound of the rain.  Our God created these for you and me!  Let us never forget the messages of Mary.  We must live this life by following the teaches of Jesus.  We must never forget that we are a creation of God.  His Spirit lives within us and if we ever feel lost, we need only look up at the sky.