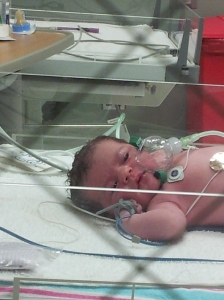 January 22, 1973, Roe vs Wade was decided by the United States Supreme Court.  January 22, 1973, Life in the United States drastically changed.  In a country that was founded on the principle that “all men are created equal, that they are endowed by their Creator with certain unalienable rights, that among these are LIFE, Liberty, and the Pursuit of happiness”, LIFE was taken out of that Declaration which was signed July 4, 1776 by our founding fathers.

If God is the sole Author of Life, man is the author of death.  And so the deaths began…

There are millions of babies who have never had a choice; never had protection under the law.  It is time that society stands up for these babies and the countless more who have yet to be created.

I met a remarkable woman this past week.  Her name is Brenda DesOrmeaux and she founded the DesOrmeaux Foundation.  After the tragedy of 1973, Brenda felt a calling and decided to act.  She became an active member of the Acadiana Right to Life, working for the Pro-Life cause.  Her years of participation in this Fight for Life led to her running the Women’s Center of Lafayette.  After forming the DesOrmeaux Foundation, Brenda gave up her role in the Acadiana Right to Life and devoted herself to defending Human Life, the sanctity of marriage, and promoting chaste relationships.  Through her efforts, Lafayette, Louisiana now has a Pregnancy Center which offers free pregnancy test, family planning counseling, free ultrasound and financial assistance; the St. Marguerite d’Youville home which provides women with a peaceful, secure setting to help them process their needs, emotions, and choices; and the Baby and Me Boutique which specializes in selling maternity and baby items at give-away prices. Brenda heard God’s calling and she responded.

These are urgent times.  The more we advance with technology, the more technology points to the fact that a pregnant woman does not hold a blob of tissue. Each person is created unique and in the image of God.

And again to Nancy on February 6, 1993: “You must know that abortion is murder. I am the Creator, you are not.  I am the Author of Life, you are not. Do not kill who I have created.  The commandment of God is “Thou shall not kill”. You will battle with each other over laws that you create apart from Me.”

We are all called.

Romans 11:32 “Do not conform yourselves to the standards of this world but let God transform you inwardly by a complete change of your mind.  Then you will be able to know the will of God – what is good and is pleasing to Him and is proper.”

September 29, 1992; Our Blessed Mother’s message to Nancy Fowler for America: “America pick up your Rosary, kneel down and pray.

This week marks the 41st anniversary of Roe vs. Wade.  Do something.  Go to a March for Life; attend a prayer service or mass; contact your state representatives…. Together we can give hope to all the children of God who are yet to be.

One thought on “God, the Author of Life”